Léa Seydoux brilliantly holds the center of Bruno Dumont’s unexpected, unsettling new film, which starts out as a satire of the contemporary news media before steadily spiraling out into something richer and darker. Never one to shy away from provoking his viewers, Dumont (The Life of Jesus, NYFF35) casts Seydoux as France de Meurs, a seemingly unflappable superstar TV journalist whose career, homelife, and psychological stability are shaken after she carelessly drives into a young delivery man on a busy Paris street. This accident..

Neil and Alice Bennett (Tim Roth, Charlotte Gainsbourg) are the core of a wealthy family on vacation in Mexico with younger members Colin and Alexa (Samuel Bottomley, Albertine Kotting McMillan) until a distant emergency cuts their trip short. When one relative disrupts the family’s tight-knit order, simmering tensions rise to the fore in this suspenseful jolt from writer/director Michel Franco.

John Hughes and the 80s Brat Pack craft the quintessential Cinderella tale through the story of Andie, a poor misfit teenager who yearns to be popular and must choose between her best friend Ducky or the new popular rich kid, Blane. A sweet romantic comedy, this 80s classic pins teenage romance against high school social politics, a debate that that never goes out of fashion.

A landmark documentary event from filmmakers Coodie & Chike and TIME Studios, jeen-yuhs: A Kanye Trilogy Act 1 is an intimate and revealing portrait of Kanye West’s experience, showcasing both his formative days trying to break through and his life today as a global brand and artist. The film weaves together decades of never-before-seen footage of the legendary artist to delve into the challenges and triumphs of Ye’s career in music and fashion.

Packed with original songs by Jennifer Lopez and global Latin music star Maluma, Marry Me features Lopez starring as musical superstar Kat Valdez and Owen Wilson as Charlie Gilbert, a math teacher—total strangers who agree to marry and then get to know each other. An unlikely romance about two different people searching for something real in a world where value is based on likes and followers, Marry Me is a modern love story about celebrity, marriage and social media. Kat Valdez (Lopez) is half of the sexiest celebrity power couple..

Let's hear it for the boys! Get your gal pals together for a special Galentine’s Day screening of MAGIC MIKE and celebrate the iconic dancers of Club Xquisite. Matthew McConaughey, Channing Tatum, Alex Pettyfer, and Joe Manganiello star in this revealing drama set in the world of exotic male dancing. Tatum plays Magic Mike, a womanizing hustler with an entrepreneurial spirit who makes his living on the stage. When he takes on a protégé to instruct him in the fine art of hustling onstage and off, he finds himself falling for the new..

Audrey Hepburn stars as a high-end escort, searching for a rich, older man to marry. Based on Truman Capote's novel, this glamorous love story is a captivating flight of fancy composed of equal dollops of comedy, romance, iconic costumes and vibrant photography.

Prince Siegfried is summoned by his parents to choose a bride. However, he encounters a mysterious and magnetic swan-woman, Odette, by the lake and is captivated. His vow of eternal love to her will have irreversible consequences. Tchaikovsky’s essential masterpiece returns for a live broadcast of the most-beloved ballet in the classical canon. Technically challenging and filled with vibrant emotion, with a stunning and world-famous corps de ballet in perfect unison, the legendary love story between Prince Siegfried and the dual pe..

RAIDERS OF THE LOST ARK

Featuring bravura set pieces, sly humor, and white–knuckle action, RAIDERS OF THE LOST ARK is one of the most consummately entertaining adventure pictures of all time. The inimitable Harrison Ford stars as archeologist and adventurer Indiana Jones, on a mission to defeat his enemy Renne Belloq, face down a pit of snakes, and find the Ark of the Covenant before the Nazis do. A joint project from Hollywood prodigies Steven Spielberg and George Lucas, RAIDERS OF THE LOST ARK took home four Oscars in 1982, including Best Visual Effects..

Fondly regarded as being closest to the original 1960s TV Series, STAR TREK II: THE WRATH OF KHAN follows Captain Kirk (William Shatner) and his crew, including the beloved Dr. Spok (Leonard Nimroy), on an adventure to take down arch nemesis Khan Noonien Singh (Ricardo Montalban). Filled with action and wonderful spirit, this intergalactic showdown is not to be missed!

When the S.S. American heads out to sea, etiquette and convention head out the portholes as two unlikely pairs set off on the course to true love... proving that sometimes destiny needs a little help from a crew of singing sailors, a comical disguise and some good old-fashioned blackmail. This hilarious musical romp across the Atlantic, directed by the multi-award-winning Broadway director and choreographer Kathleen Marshall, features Cole Porter’s joyful score, including I Get A Kick Out of You, You’re the Top and the show stoppin..

MONTY PYTHON AND THE HOLY GRAIL

Join the Knights of King Arthur as they embark on a low-budget search for the holy grail. With hysterically silly obstacles including the dreaded knights who say Ne, an inquisitive troll and a terrifying bunny, MONTY PYTHON AND THE HOLY GRAIL is a cult classic that solidifies Monty’s Python as the king of outrageous slap-stick comedy.

Director Ridley Scott's follow-up to his 1979 hit ALIEN, BLADE RUNNER is one of the most popular and influential science-fiction films of all time - and it has become an enduring cult classic favorite. Inspired by Philip K. Dick's Do Androids Dream of Electric Sheep?, the film depicts a dystopian future in which genetically engineered, dangerous replicants are hunted down by special police operatives. Although the enthralling film was originally a box-office failure, it was nominated for two Academy Awards in 1983, Best Art Directi..

The Kid (Prince) is a Minneapolis musician on the rise with his band, the Revolution, escaping a tumultuous home life through music. While trying to avoid making the same mistakes as his truculent father (Clarence Williams III), the Kid navigates the club scene and a rocky relationship with a captivating singer, Apollonia (Apollonia Kotero). But another musician, Morris (Morris Day), looks to steal the Kid's spotlight — and his girl.

Film opens on Mon, May 2

The alumni cast of a space opera television series have to play their roles as the real thing when an alien race needs their help. With no script, no director and no clue, the actors must act in the performances of their lives. Filled with comedic dialogue and entertaining adventure, GALAXY QUEST boldly goes where few parodies have gone before.

In post-apocolyptic Australia, Mad Max is the only hope for a small, gasoline-rich comunity, under threat of attack by barbarians. 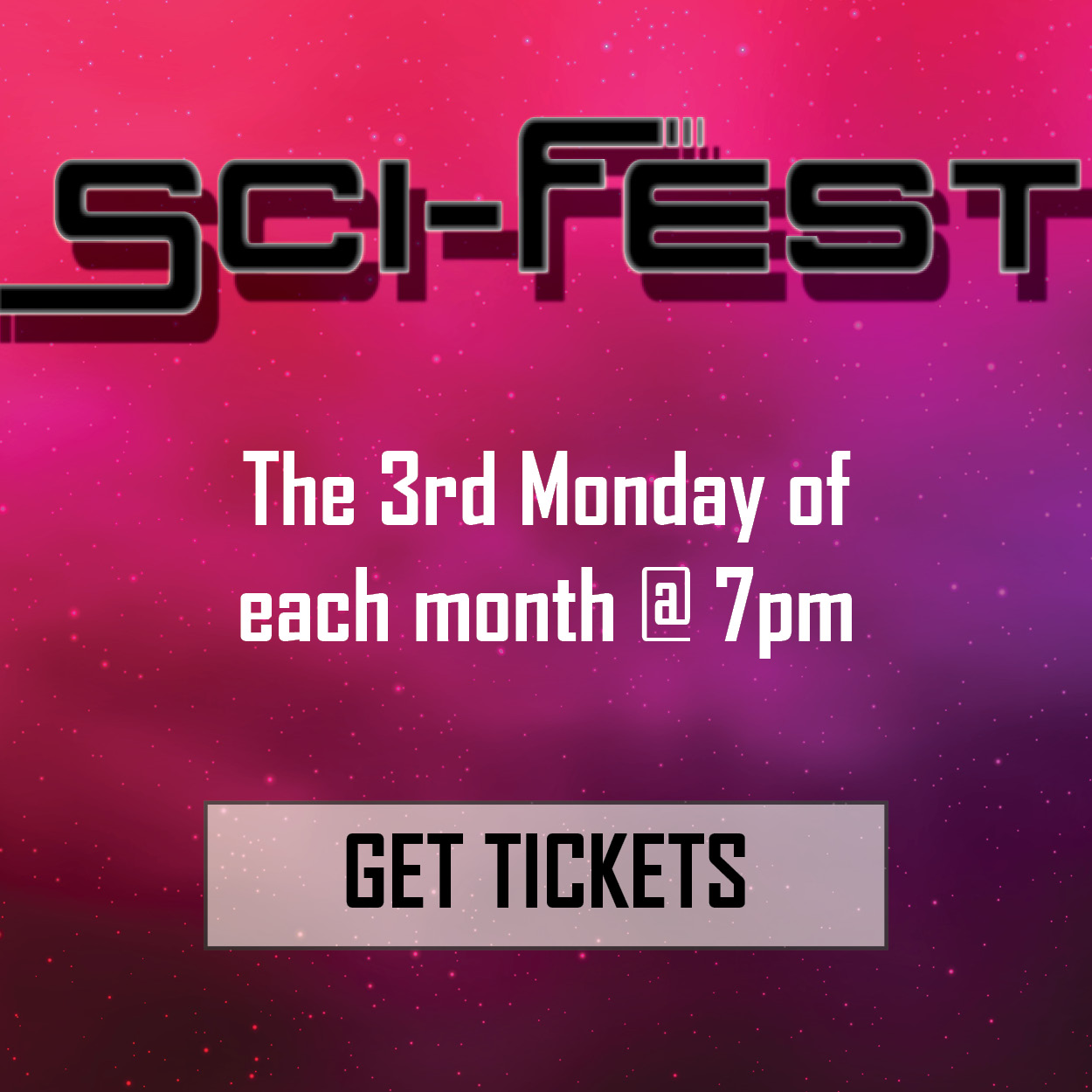 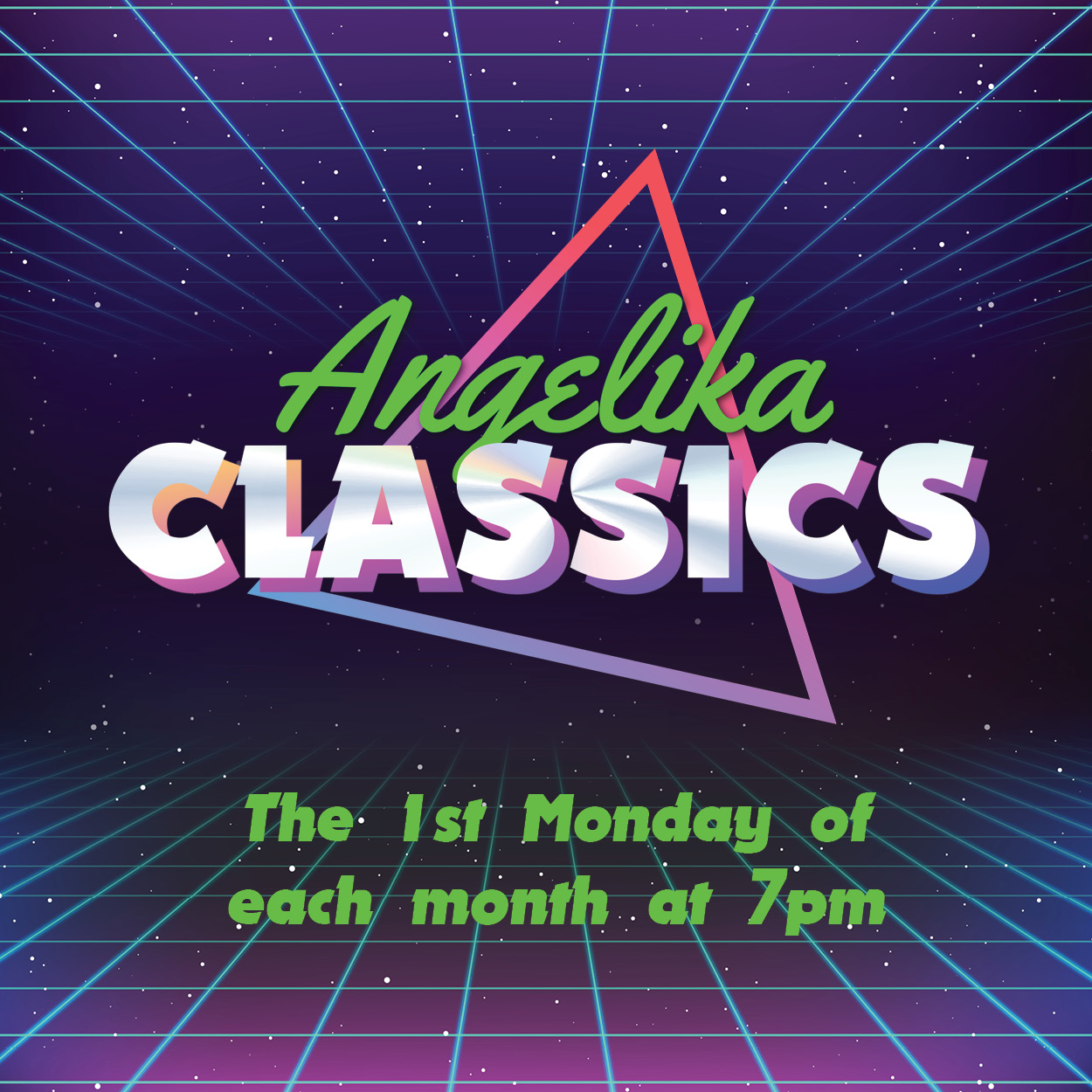